Robby Fouts said we were down to 9 marbles and a small pot….$33.00.  James from the Sheriff’s office had the correct number, but he did not pull the right marble.

— Ted reminded everyone to get our dictionaries delivered before the end of the month.  If you want to buy a dictionary, they are $10.00

— Ray announced that we are up to 52 riders for the Giro Bello.  He asked everyone to check out the new website.

Fire Chief Tony Gossner introduced us to Michael Alcocer who was the Fire Department’s award winner.  Michael was on vacation in Maui when a young woman was in distress while snorkeling with a group. She had an epileptic seizure.  Her dad was trying to help but he was struggling.  Michael went to their assistance and got her to safety.  The family supplied a video “thank you.”  If Michael had not intervened it was likely that the young lady and her dad could both have died.

Next up was the Santa Rosa Police Chief Ray Navarro to introduce their recipient, Kevin Naugle.  Kevin has been on the drug task force for the last three years and had two significant investigations in 2019. In one case they seized $117,000 in cash, metaphasis’s, cocaine and fentanyl from a raid in Stockton and Santa Rosa.  In the other raid they recovered enough fentanyl to kill 400,000 people.

Lastly, Mark Essick from the Sonoma County Sheriff’s Department introduced Greg Myers, the resident deputy in The Sea Ranch.    Greg pretty much works on his own with his dog partner, Colt.   He has to be well versed in medical rescues on the coast.  In February 2019 he was called about a 6-year-old boy who had fallen off a cliff on to rocks that were being swept over by substantial waves.  He got down to the injured boy and saved him from being washed out to sea. 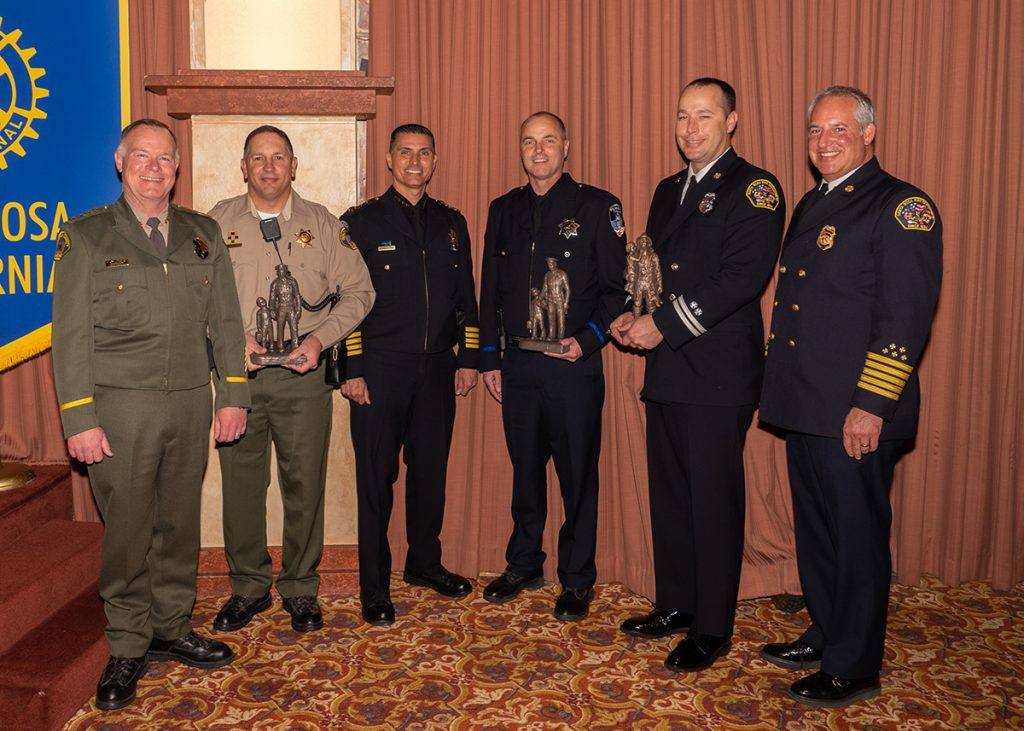