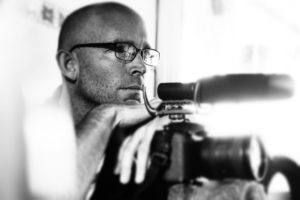 Known as the most diverse and indigenous region of Mexico, Eric has made this cultural haven his home for more than 25 years. He knows the ins and outs more than most Oaxacans do largely in part due to his extensive travels and exploration of this captivating part of the world. In this talk Eric will share, through his brilliant award-winning photography, the people…the culture… the beauty…of this vast yet rarely seen part of Southern Mexico.

President Julia Parranto called the meeting to order with a clang of the bell…..

Invocation: Rick Allen spoke to us about generosity and how seeing the generosity of Rotarians has been a positive influence in his life.

Rich de Lambert reported that Wally is doing better and was hanging out with a pretty nurse. Steve Marbuger’s leg is still hurting, but he has wine to help him ease the pain.

Ray Giampaoli drew a ticket, but only walked away with $10.

Kathleen Archer introduced us to our own past president, Peggy Sobranis, one of 5 children raised on Chicago’s north side. Peggy learned about charity at a very young age and joined the sisters right out of high school.

Peggy wanted to eliminate poverty. She worked and was inpsired by Hispanic culture while working in Dallas. She became a full time social worker in St.Louis and then back in Texas. At 49, Peggy left the order and she was hired by the Girl Scouts and served there for 17 years before retiring.

Julia and Fred Levin introduced new member Michael Moore, former owner of Discovery Office Systems and his lovely wife, Jan. He was a member of the West Club for 28 years, but finally came to his senses and joined our little group. Welcome Michael and Jan!

Ray G. asked that all former service members identify themselves so they can be honored for their service at appropriate times of the year.

Andrea Geary is still looking for volunteers and participants for the upcoming bocce tourney.

Jackie Mac is looking for ideas for doing another Rotary trip similar to the Turkey trip taken by Rotarians in 2005. A river cruise is being considered.

Yale Abrams asked for people to sign up for hands on projects and sent around a sign up sheet.

Club member Matthew Henry was today’s speaker. He was under strict instruction not to ask for money…….

A longtime YMCA president, Matthew is a graduate of Columbia University and also has an MA in Sports Psychology. Matthew 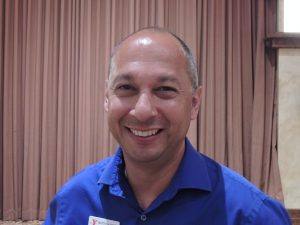 came today to talk about the YMCA, its services and the opportunities it presents to community members. While the Y has lots of new equipment, a new spin room and strength equipment, the organization is changing and provides many services. Matthew covered the history of the Y, which started in England as a program for young men. The Y has evolved from humble beginnings and continues to evolve to serve an ever changing world. Notable in the history of the YMCA:  James Naismith invented basketball at a Y in 1891 and volleyball was invented 4 years later at a YMCA. All of us have probably experienced a program started at a Y including ESL programs, art programs and many others. The Y is a cause driven non- profit organization. Over $200,000 of financial assistance is given out by the local Y last year. The Y is the largest day care provider in Sonoma County with multiple sites around the county and has a nationally recognized diabetes prevention program. As the YMCA continues to expand its services to the community, they recently purchased the Bekins property north of the current building and are planning to build a new facility to better serve the community.