Our Program for December 10th
PORTRAIT OF SONOMA COUNTY

A Portrait of Sonoma County, released on May 20, 2014, is an in-depth look at how the residents of Sonoma County are faring in three fundamental areas: life expectancy, education, and income. The report is based on the Human Development approach, which puts people at the center of an analysis to assess the opportunity that each of us has to live up to our full potential. The Index is calculated on a range of 0-10 and mapped at the census tract level across Sonoma County.

A Portrait of Sonoma County examines disparities within Sonoma County among neighborhoods and along the lines of race, ethnicity, and gender, and helps identify specific geographic places and populations in the County where we have the potential to positively affect long-term health outcomes. The report includes comparisons across neighborhoods, schools, and populations, drawing connections between the multiple factors that influence health.

The Meeting was brought to order by President Mark Burchill and the pledge was led by Past President Debi Zaft. The thought for the day was delivered by Bob Sorensen. 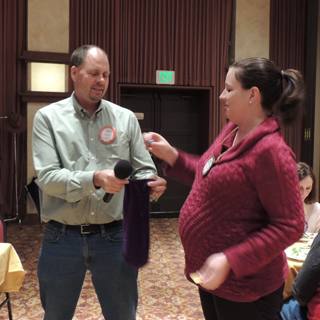 Elizabeth Karbousky had the lucky ticket and unfortunately did not pick the right marble for the $260 prize and had to settle for the $10 consolation prize. The pot is getting richer!!

Forecast is Cloudy: Pam Williams, Genie Delles’ sister reports that “Unfortunately, Genie is in a holding pattern. More testing will be done after the holidays. We are all thinking positive thoughts for Genie. She is an amazing warrior.”

Robby Fouts reports that his wife had surgery on Monday, December 1st. Her recovery now requires full time care for at least a month. This will necessitate his absence for the month of December.

What American city won the contest for best-tasting drinking water?

A sampling of our December Birthdays!

In an effort to have enough time for all meeting functions there is now a requirement to let President Mark know ahead of time that you have an announcement and that it cannot exceed 90 seconds.
[list style=”arrow” color=”blue” el_position=”first last”]

President Mark summarized the outcome of the last board meeting, which included a number of topics. First up was that if there is an evening meeting that replaces the usual lunch meeting that week it would required attendance. Mark shared the results of the surveys from last week and based on input from the club at large and the vote of the board it was decided that we would not do the Pillow Fight event next year. All other events will continue as scheduled.

Doug Johnson and his brother were pictured on the golf course back in October in Mass and after a few lies about his score, Doug donated $50 to the club.

Don McMillan celebrated his 10th year anniversary of his law firm, McMillan and Shureen, LLP, and was also spotted with a mystery woman in Reno?? For all that Don stepped up with a $50 donation to the club.

For Squealing on Don and for leaving the Y golf trophy at the meeting last week, Rick Allen was $16 poorer (something to do with Poker winnings) and $25 for leaving the trophy. Rick then busted his golf partner Bill Rousseau for not being there for the trophy presentation. Bill coughed up $25 to set the record straight and will take the trophy home to display in his trophy case.

Cathy Vicini paid $50 for letting us know that her tasting room is now open at 7th and Humboldt in downtown Santa Rosa and Rotarians receive a 30% discount on all purchases. Thanks Cathy!

Ryan Thomas donated $50 to the club based on the generous gift to him by fellow member Ray Dorfman of Hurst Castle tix that Ray won at the Y golf tournament.

Tim Delaney shared a story about his travels to Winsbourgh Texas and his arrival at the airport that is too long a story to share but ask him sometime, it has to do with his political views and a beat up Ford Taurus… Anyway he donated $50 to the club.

Speed Dating with Layne Bowen, Elizabeth Karbousky, and Vickie Hardcastle with Nona Lucas and Bart Eddy in the background.

The program today was a Rotary Version of “speed dating”. Rotarians got to know each other a little bit better by spending 90 seconds or so visiting with each other.