Although, as Julia stated at her last meeting, there is nothing to make fun of. Come be surprised and share in the fun, jokes, and festivities 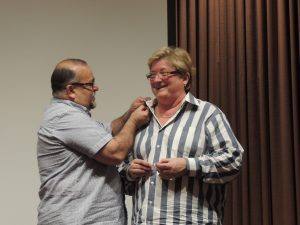 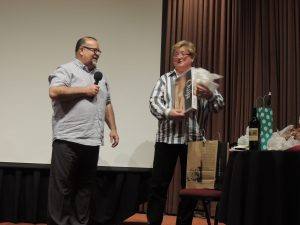 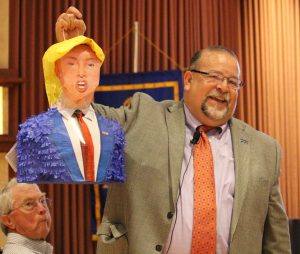 Molly, Ella and Laura McNeill were introduced by father Jock McNeil, who we understand is a member of our club. 😉 Holly Garretson, Jackson Collins, Lena Treboulsi and Mike Rice visited our club today. Holly is on the way to becoming a member of our little association!

One hot summer day, a blonde woman came to town with her dog, tied it under the shade of a tree, and headed into a restaurant for something cold to drink.

Ten minutes later, a policeman entered the restaurant and asked, “Who owns the dog tied under that tree outside?”

The blonde said it was hers. “Your dog seems to be in heat,” the officer said.

The blonde replied, “No way. She’s cool ’cause she’s tied up under that shade tree.”

The policeman said, “No! You don’t understand. Your dog needs to be bred.”

“No way,” said the blonde. “My dog doesn’t need bread. She isn’t hungry ’cause I fed her this morning.”

The exasperated policeman said, “NO! You don’t understand. Your dog wants to have sex!”

The blonde looked at the cop and said, “Well, go ahead. I always wanted a police dog.”

With 120 Yankee dollars in the pot today, Tim Delaney read the numbers.  Don McMillan was unable to draw the correct marble.

Jack Abercrombie is back today! Great to see you, Jack. Carolyn Fassi had successful hip surgery. Bob Sorenson is unfortunately, no longer able to drive.

Karen Bell shared information for the August 4th Bocce Tournament at Julliard Park. No dinner is included this year and participants cost is $25.00. BYOB and food.

Jackie McMillan announced that we have 843 riders registered for Giro Bello.

Jeff held the drawing for those who brought in sponsorships. Winners of wine were Jackie and Jeff Gospe, who wasn’t there, so Ann Gospe helpfully leapt up and grabbed the bottle. Kim Murphy won tickets for Paula Poundstone in Napa.

President Julia presented her year in review. We set a record last year for new Rotarians. Unfortunately, we lost more members than we gained internationally. Julia noted with sadness the loss of Wally Lowry and Schuyler Jeffries and talked about membership practices, etc….she discussed the relativity between membership and a legacy project. Julia had recommended the Rotary Peace Fountain in Old Courthouse Square. Due to the fire, the focus immediately shifted and instead, we raised money for fire relief. We awarded $20,000 to the SR Cycling Club to rebuild their warehouse. We helped fellow Rotarians. We helped community members who lost everything with checks and building sheds. RI president Ian Riseley visited our club to replace Paul Harris certificates and medals for those who lost theirs. We raised 150K in 6 months with our $25 raffle. Our club didn’t do the large project she had initially envisioned, but we rose to the occasion and helped our community through a very difficult time. As usual, we did our projects such as the Christmas program, Vigil Lights Christmas party, dictionary giveaways, etc…. We did our Public Safety Awards. On that day all Public Safety members were recognized for their work during the fire. We did all the usual things we do in spite of the fire. Due to the fire, New Gen was delayed until Fall, but it will still happen. It was a great year for our club.

Holly Garretson is a financial advisor with Edward Jones in Santa Rosa and has been approved by the Board of Directors for membership. 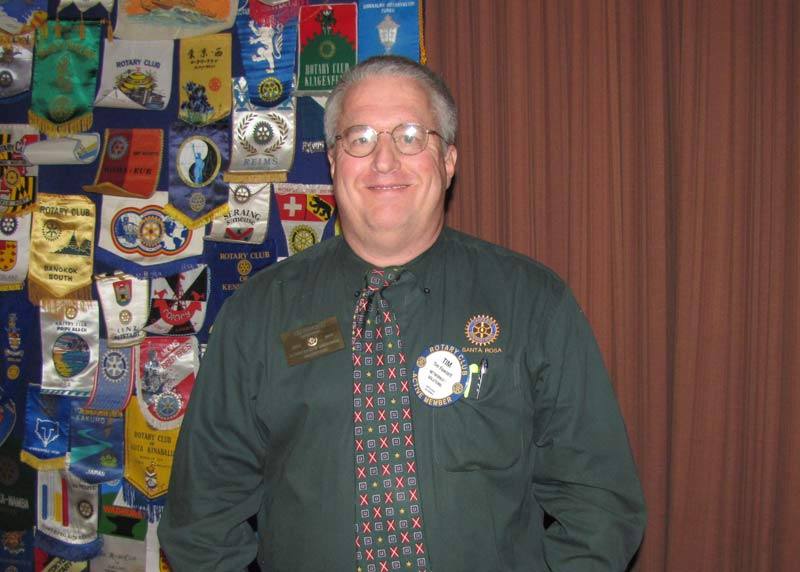 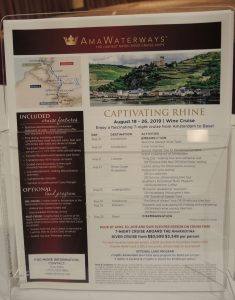