Our Program For July 2nd

Our new president Mark Burchill promises this first meeting of his term will be quite different. Plan to come and see what is in store for the Club for this upcoming year.

President Peggy Soberanis opened the last meeting of this Rotary year with a welcome to her Debunking and with a sigh of relief that she made it through the year.    The Pledge of Allegiance was led by Vickie Hardcastle.   Kris Anderson invoked 5 quotes from children’s TV host Mr. (Fred) Rogers that got all of us nodding our heads in agreement.   Our official greeters today were Knick Knickerbocker and Julia Parranto.

According to Ginny Cannon, there were no visiting  Rotarians  in the audience.  Or, none  who cared to be identified as such. 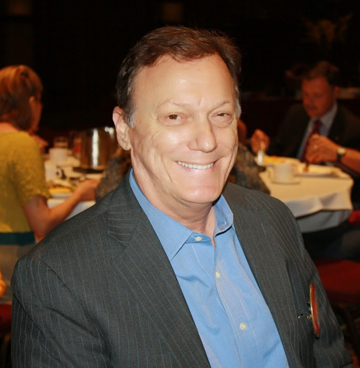 Past President Debi Zaft sponsored Peter Holewinski into Rotary as President Peggy pinned Peter and handed him his red badge and Rotary information kit.  Welcome Peter!   He was solicited for Giro Bello before he could even get off the stage!  Really.

Doug Johnson (AKA Mr. Giro Bello) (Rotarian of the Year 2013-2014) encouraged all Giro Bello volunteers to actually show up and do some work.  He is looking for more riders.  Doug, have you walked the railroad tracks lately?  Those are fertile fields of untapped bicyclists.

President Elect Mark Burchill called for more volunteer performers for our Talent Show to be held on July 30.  Talented performers preferred.  If you are related to Jeff Dunham, see Mark.

Using her remaining chance to ferociously extract resources from members, President Peggy took full advantage of the opportunity to levy these ‘self-inflicted’ fines and pad the Club bank account:

Secretary Jack Abercrombie visited Nebraska to see his granddaughter graduate from college and he acknowledged that his daughter received the high honor of being named Teacher of the Year by the Rotary Club of Fremont NE. For that, Jack donated $100 to his daughter’s Paul Harris.

Past President Wally Lowry was deeply proud, if not etched, that his grandson graduated from UC Riverside with a degree in engineering – no job yet, but that will change soon.  Wally donated $25.

Tim Delaney dumped $50 for having survived babysitting duty for his daughter’s children and dog, the latter having  left an early Christmas ornament on their bedroom carpet.   We hope he didn’t discover that at 3AM on his bare-footed way to the bathroom.

Steve Reuter had a round number birthday anniversary and he went sky diving for the first time.  The exhilaration moved him to donate $100 to our local Club Foundation. 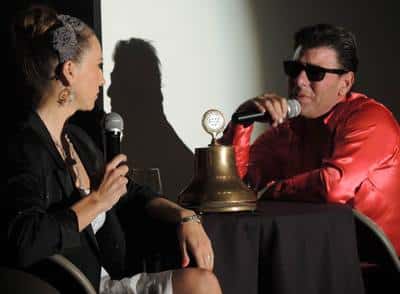 Under a carefully choreographed script and production by Past President Jeanne Levin and with Past President Bill Rousseau acting as master of ceremonies, the debunking cast gave a fond farewell to President Peggy with a re-enactment of her year as Club President under the theme from Sound of Music. The parodies included drawing on Peggy’s background as a nun in a convent, her years as a Girl Scout Executive and finally her year as Club President. The acting was convincing and included a skit on Speed Dating with four strange suitors, Peggy’s insatiable appetite for member surveys and her style of levying fines by the power of suggestion.

The cast of characters included, in addition to the above, Jack Atkin, Debi Zaft, Darren Elliott and Yale Abrams as nuns,  Darren Elliott, Bill Rousseau and Greg Johnston as dates, and Jose Guillen as chairman of the Club Survey Committee, biker Jack Tolin, and Fred Levin as the Jewish man wanting to convert to join the nuns.  Chip Rawson was the light grip.  Wayne Rowlands helped with the slide show.  Did I miss anyone??

See all the great photos here: Debunking of President Peggy

THE FINAL EXCHANGE AND WRAP

Thank you Peggy!   We are better now than we were before you became Club President.

Peggy promises to be an active Rotarian in her post-presidency period.   Next week:  President Mark Burchill brings Hope and Change and a whole lot more!!!