Our Program for March 11th:
PAST PRESIDENTS

Come join us and hear from some of our past presidents of the Rotary Club of Santa Rosa.

Invocation: Doug Chase shared a personal story about his parents who were married for 70 years and lived into their 90’s. Near the end of his Father’s life, Doug asked him what his secret was for living such a wonderful life. That list of things included among other things; “to live in the moment”, “take care of someone else”, “learn something new every day”, “work in the yard”, “tell lots of jokes” and “hug”. Doug then asked all Rotarians to turn to their neighbor and give them a hug. Nice job Doug, your parents were very wise folks.

According to Eileen Carlisle, everything is sunny! 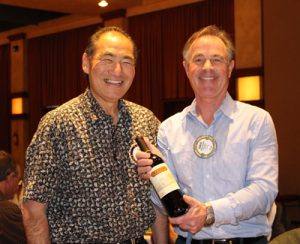 Past President Rich de Lambert announced there was $205 in the pot today and 6 marbles in the bag. Tim Delaney held the lucky ticket but failed to pick the odd marble and settled for the $10 consolation prize. Rich donated a bottle of wine from his wine cellar and David Brown and Larry Miyano had the lucky number! Thanks Rich!

Laura Held introduced all the B-day boys and girls that were born in March and were showered with the traditional happy birthday song from their fellow Rotarians. Each were presented with a bubble blowing toy that I’m sure will be shared with a grandchild or two. Those celebrating were: Rick Allen, Mark Burchill, Eileen Carlisle, Joel DeSilva, Jane Duggan, Robby Fouts, Schuyler Jefferies, Doug Johnson, Jock McNeill, & Larry Miyano: 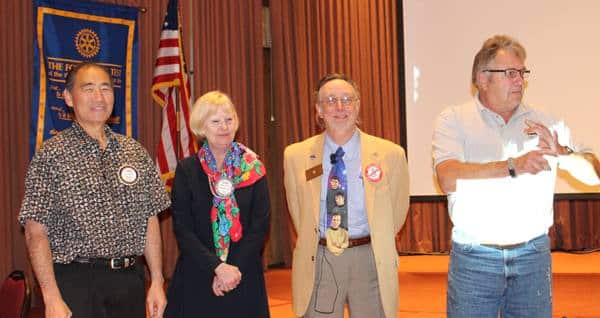 Jack Abercrombie talked about his role as Secretary of the club and the many tasks that make up that job. In addition to record keeping and assisting the president, Jack wears many hats. He thanked Past Secretary Bob Higgs for making the transition to his leadership seamless as well as Steve Olson & Cecil Humes for their guidance & counsel.. We are lucky to have a guy like Jack who does this job with a great spirit and always with humor and warmth. Thanks Jack!

Schuyler Jefferies, a member since 1969 shared his very interesting life story. Born and raised in San Francisco, Schuyler’s family moved to Marin while he was in High School and after one year at Stanford, he then attended University of Oregon where he majored in Architecture.

He met his wife there and moved to Santa Rosa after graduation. He spent his career working on projects that included locally the Piner and Elsie Allan High Schools and the Friedman Center. Approximately two thirds of his work was for educational facilities all around the north coast. As a senior at Mt Tamalpais High School, Schuyler was the quarterback of the football team and deep into the 4th quarter of a close game against Santa Rosa High, he dropped back and completed a 70 yard touchdown pass to win the game. Schuyler is a father of 3 and a proud grandparent of 6 grandkids. Thank you Schuyler for sharing your interesting story!

Steve Marburger shared information about his IT business and urged anyone who would like to know more about what his company provides in services to give him a call. At the conclusion of his comments, President Mark presented him with his blue badge and picked up $10 for the club for the delivery.

Ryan Thomas was selected as the outstanding Rotarian for the Month of February. Congratulations Ryan.

“A picture of 2 queens” Our own Queen Jean was standing in front of a portrait of Queen Elizabeth claiming that she was her sister….. Oh well, Jean coughed up $50 to the club for the recognition.

Susan Swartz shared her delightful career as a local journalist and story teller. Susan is a retired reporter who worked for 30 years at the Press Democrat. In addition she also worked for the radio station KRCB and is the author the “Juicy Tomatoes” books. 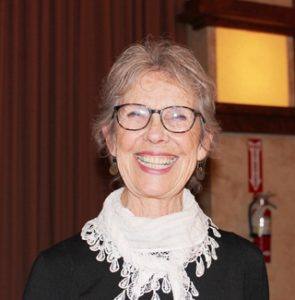 She got her start in journalism in high school and majored in that subject at Ohio University. She moved to San Diego with her husband while in her Twenties and worked for the San Diego Tribune. There she claimed to become a true “Feminist” which is nothing more in her words then believing in women’s equal rights.

After her time in San Diego she came to Santa Rosa and started her career at the PD under the leadership of publisher Mark Parman. The paper at the time was owned by the New York Times which was a strong supporter of women and that fit into Susan’s beliefs.

Susan shared the current state of how we as citizens receive the news and all forms that it comes to us today including through the traditional, paper, TV, Internet, radio, Facebook etc.

She believes it is important for us to know what is going on and to be aware of the biases of different sources.

She talked about her current projects which include her books about older women “Juicy Tomatoes” which has been made into a play and a future play that will be about women with HIV.

Susan concluded her talk with a short Q&A

President Mark closed the meeting thanking those who helped put today’s meeting on.