Welcome to the Exponential Age
Emerging technologies that will disrupt industries

Would you like to learn about four emerging technologies that will disrupt industries, grant us super powers and fundamentally change our reality? Then join us on March 21st when Colton Briner will cover what they are, what changes they will likely bring, and who is likely to be impacted.  You will not want to miss the closing discussion!

Colton has been developing transformational technologies since 2002. Working with Santa Rosa based tech firm Democrasoft, he led the team that created Collaborize Classroom, an online learning platform that brought blended instruction and the “flipped classroom” model to thousands of classrooms. In 2013 he joined VisiQuate, a Santa Rosa-based big data solutions provider dedicated to eliminating the inefficiencies in American healthcare.

Colton especially enjoys helping educate audiences on how to position themselves for fulfilling lives in the exponential age.

We had one guest today, Lynette McGee was hosted by Kris Anderson.

Two visiting Rotarians were present. George Batchelder from Santa Rosa East and JR Boisclair all the way from Wayzata, MN.

All is sunny. Rich de Lambert has a body part in a sling. His arm, not the other thing. 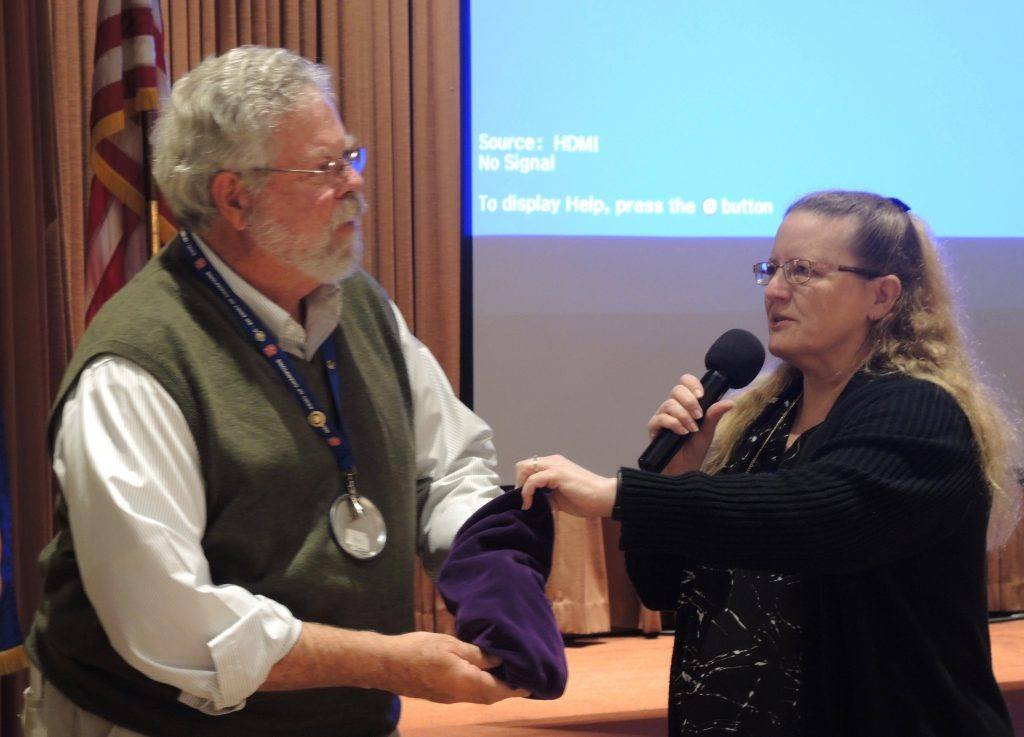 A couple was having some trouble, so they did the right thing and went to a counselor. After a few visits, and a lot of questioning and listening, the counselor said he had discovered the main problem. He stood , went over to the woman, asked her to stand, and gave her a hug. He looked at the man and said, “This is what your wife needs, at least once a day!” The man frowned, thought for a moment, then said, “OK, what time do you want me to bring her back tomorrow?

Yale Abrams announced a hands-on project assembling sheds for people who have lost homes in the fire on June 9th.

Jeff Kolin pointed out that Giro Bello is one month from today. A drawing for those who have pulled in sponsors will be held.

Ann Gospe needs people for Tim Fawcett’s picnic. It’s a cheer up party for Tim and also a fundraiser to help Tim with expenses while he recovers.

President Julia announced that raffles are a very effective way to get other people’s money, and gave a shout-out to Past Prez Mark Burchill for raising over $12,000 for the Fire Relief Raffle.

Several Rotarians from our club attended the district conference this past weekend. President Julia shared some of the hands-on projects the attendees participated in.  Rotarians built mechanical hands for people in the 3rd world who’ve lost their hands due to land mines, machete wars, etc. 10,000 meals were created for those in need around the world. DG Elect Barb Spangler proposed a multi-district conference next year, which has grown from a 3 District affair at the Peppertree in Reno, to a “4 Way Fest”, with the Reno Club joining in. Julia noted that we got 7 separate district conference awards – something our club should be proud of! Some clubs in the district received no awards at all.

Jackie McMillan introduced club member Steve Marburger who gave an interesting program on the rise and fall of the Chaco Empire.

1n 1969, Steve had his first archeological experience at Chaco Canyon as a scout. Steve noted that the Chaco Anastazi used slave labor to build their impressive structures. They occupied their pueblos for over 300 years between 800 to 1200 AD. Some of the buildings had over 500 rooms. This civilization had a true understanding of astro physics. Steve described the Sun Dagger, which measured summer and winter solstice. They used astrophysics to tell time. Steve shared a short film narrated by Robert Redford detailing the civilization built. Pueblo Bonito was the size of the Roman Coliseum. All construction was performed with no written language. Timbers had to be brought from over 60 miles away. The Chaco were the first culture to use astronomy to observe and record the lunar cycle over 9 1/4 years.

The collapse of the civilization retreated to Mesa Verde farther north. The collapse came during a 75 year drought. During that time they switched from hunter gatherers to farmers and later turned to cannibalism and human sacrifice. The Mesa Verde civilization lasted only about 100 years.

Rio Ray of the Salvation Army has been approved for membership to our club by our Board of Directors. Welcome, Rio!